The Florida Department of Transportation (FDOT), District One, is designing improvements for the segment of South Tamiami Trail (US 41) between 301 Boulevard West and 21st Avenue West in Manatee County. The primary purpose of this project is to improve safety in this area through the installation of a raised median along South Tamiami Trail (US 41) between 301 Boulevard and 21st Avenue West. Other improvements include pedestrian crosswalk pavement markings across the north leg of US 41 at 30th Avenue, improvements to the existing drainage condition at 30th Avenue East, and updates to existing sidewalk curb ramps to bring them in compliance with the Americans With Disability Act (ADA).

There was a Public Hearing held in September, 2017 where there was a discussion on the proposed improvements. 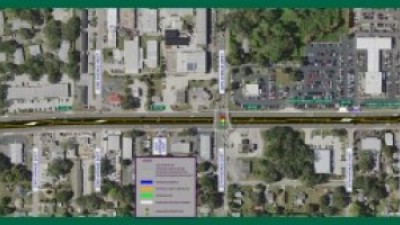